MALE HEALTH
See Where We Can Help You

You may have tried all of the diets and hit the gym regularly, but it just seems like your body refuses to lose any more fat. You may believe that this is the size your body wants you to be. Before you give up entirely on slimming down, you may want to consider the Zerona laser. This FDA-approved laser has seen a great deal of success in helping men lose fat.

Perhaps one of the best features about the Zerona laser is that it’s non-invasive. Typically, men and women who have wanted to lose weight had to either sign up for a liposuction procedure or some other form of surgery. In these procedures, devices were inserted into the body. As such, there was a long recovery time. The Zerona laser isn’t invasive, which allows for a quick recovery time and ease of use.

The secret behind Zerona’s powerful effect involves using a cold laser that targets fat cells. By carefully emulsifying the fat cell, the contents are released from it. Essentially, the fat cell is reduced in size until it becomes the same size as the normal cells around it. This procedure isn’t completely new either. The idea of a cold laser has actually been regularly used during liposuction procedures. However, recent research has shown that use of the cold laser itself was powerful enough to remove the fat cells without having to invade the body.

Unlike other fat loss promises, Zerona has taken the time to run many clinical trials to show how the science behind the Zerona laser works. In those trials, patients lost about an average of 3.72 inches. Clearly, the Zerona laser has some power behind it.

To put it simply, the Zerona laser is an easy, straightforward procedure that can be used to remove stubborn fat in problem areas. For those who are tired of looking at themselves in the mirror and seeing those areas that just won’t go away with diet or exercise, reach out to us at Male Medical Group. We can show you how the Zerona laser can give you the body you desire. Contact us today to book an appointment in San Antonio, TX.

WHICH PROGRAM SUITS YOU? 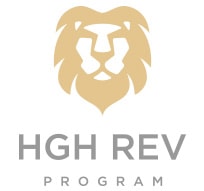